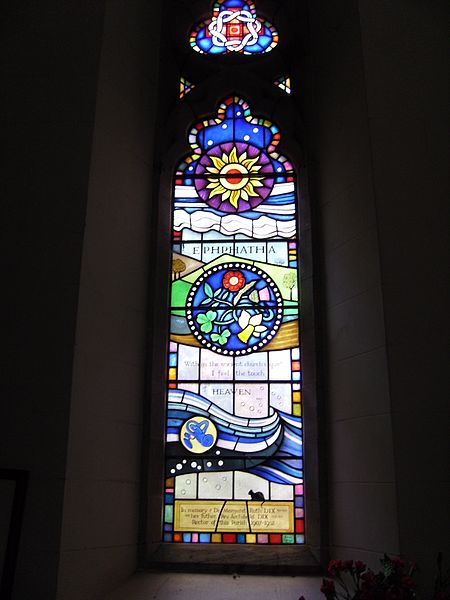 Just inside the church is a window in memory of Dr. Margaret Dix and her father, the Rev. Archibald Dix, who was Rector of Badger for almost half a century. The window reflects Margaret's skills as a world-renowned inner ear surgeon.

No place of worship is known in Badger until the 12th century. It is possible that the date of the present tower dates from then. The first known Rector of Badger was Roger, clerk of 'Baggesor' about 1174. 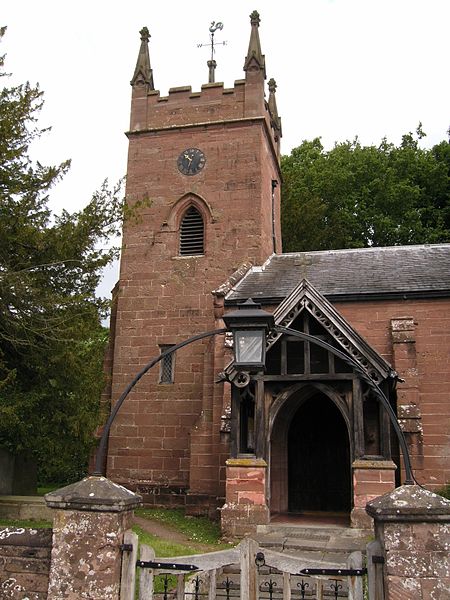 In 1834 a new nave was built on the tower, using local sand stone, but incorporating materials from a former building. The furnishings would have been very different from the present ones which date from 1886. There was a gallery at the west end and the pews were boxpews using oak from previous furnishings as well as some new oak from enormous trees in the grounds of Tong Castle.

The Chapel was built in 1886 by the Capel Cure family who at this time owned the estate and the initials A.C.C. are to be found beside the door leading out from the Chapel. In this Chapel there are some interesting and distinguished memorials to various families who owned the estate and who were related to each other.

Until 1952, Badger had its very own rector. The Rev. Archibald Dix was Rector of Badger and nowhere else, until he retired in 1952.

The following year, Badger was united with Beckbury and Ryton in a three-parish benefice, with one rector for all three parishes. This was one of the first three-parish united benefices in the country.

In the 1980s, the church building was in a poor state of repair. Indeed it was so bad that there was talk of closing it down. However, the villagers worked together to raise funds and get work done to ensure the continued presence of a church building in this village.

In 1989, a further parish amalgamation took place, and Badger is now part of a Six Parish united benefice, with one rector between all Six Parishes. Regular fortnightly services take place at St Giles.

Details of services can be found on the following link: http://www.wwwbeeson.co.uk/beckbury/group.htm